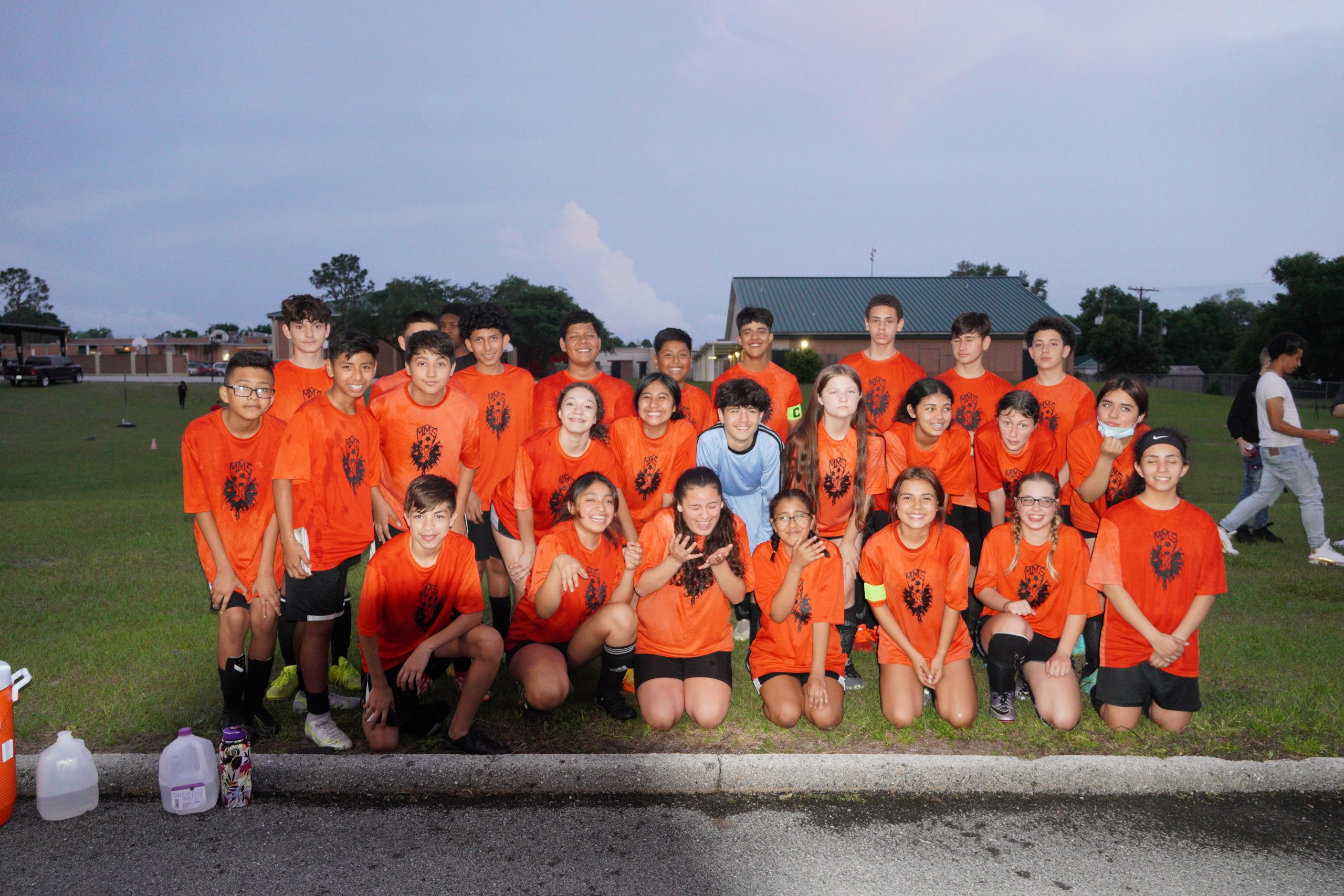 Coming off a winning season, McLaughlin’s Co-Ed Soccer Team continued their success last week in the Polk County District Tournament. McLaughlin dominated their first tournament game winning 5-1! As the week continued, things only got more intense. During the second game of the tournament, the other team scored within the last three minutes. Instead of feeling discouraged, McLaughlin players encouraged each other to keep going. Saying things like, “We got this!” and eventually leading to Miguel Garcia scoring the tying goal. Ending in a 1-1 tie, the game went it’s first round of penalty kicks, then to sudden death resulting in a win for McLaughlin.

Going into the semi-finals, McLaughlin players were feeling great and ready for another win! The game ended in a 0-0 tie and McLaughlin won 4-3 during penalties. On the day of the finals, you could feel the McLaughlin Phoenix Pride all throughout the campus. McLaughlin got to play in the final championship game on their home field, and the students, faculty and staff brought the spirit!

“You could just tell that people loved their school and were proud to show it off to us visitors. There were concessions, music, student performances, field lights, even special restroom facilities had been brought in. You guys had your hands full in pulling this off, yet I never saw anything other than a desire to serve, accommodate, and make this a great night for everyone. It may seem like a little thing, but when I asked if the players’ names could be announced prior to the game, the answer–amidst all of the busyness–was simply “Sure. We hadn’t thought about that, but we can absolutely do it.” For me, that’s commitment to these students and their families first. And it was much, much appreciated.” – David Peoples, Lakeland Highlands

Although McLaughlin lost the final game, they had an incredibly successful week. Team captains Miguel Garcia and Mariah Rodriguez along with players Jesse Ruvalcaba and Sarah Medina always made sure to push their teammates to keep going, even when things looked rough. Coach Ortiz says the success of our team comes from the encouragement and trust that our players have for each other. McLaughlin plans to come back stronger than ever next year.